Destroying Nature In The Guise Of Development 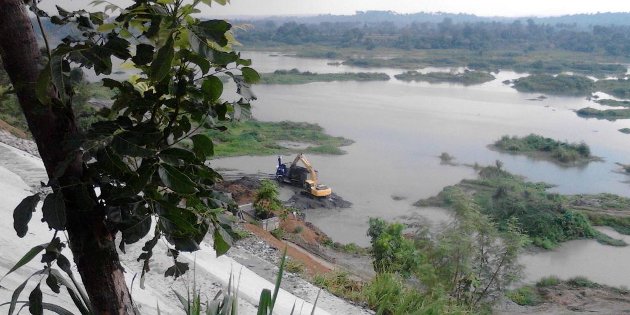 I happened to be back to my hometown last weekend after more than three (3) years of not being there. While my hometown is only forty-five (45) kilometers away from our residence in the metropolis, we seldom visit there anymore since our parents died. I am however updated with what is happening there through social media where some 2,500 Angat netizens visit and post updates daily in the many Facebook (FB) groups created for the purpose of their getting in touch with one another. I am myself surprised by the super activity of my many townmates in the social media.

River sand quarrying was going on in my hometown since some twenty (20) years ago according to the information posted in an FB group wall. At first, gravel and sand materials used in constructing concrete irrigation canals were sourced from the riverbed which was somehow beneficial because the quarrying activity caused the river to become deeper and prevent flooding of areas near the river shores during the rainy seasons.

Later on, when the materials from riverbed were exhausted, some enterprising businessmen began buying productive vegetable farms located near the river shores, secured quarry permits from the local government unit and dug the ground beyond recognition. The destruction caused by the quarrying activities rendered the once productive agricultural lands inutile and of no value to its former tillers who are left to fend themselves by doing odd jobs that they previously had not thought of doing.

Using my cheap camera phone, I was able to capture an ongoing quarry activity in an area that was once our favorite picnic area during the hot summer months. The what look like illegal quarrying is ongoing in the guise of government-funded development project called Angat Water Park. The project was announced in May 2012 and promised to be fast-tracked by the local officials in our province: however, one (1) year after the start of the project, all we see are the unabated quarrying in the area. When confronted by TV-5’s Kapatid Sagot Kita, a mayor of nearby town who had similar activity, said they are not doing quarrying. He said it is dredging intended to make the river deeper to prevent flooding during the rainy days.

Attitude is a little thing that makes a big difference.
Winston Churchill